How to manage a wildflower meadow

Posted on Tuesday 9 Aug 2022 in Guides & Advice & Wildflowers
This expert guide will help you figure out how to manage a wildflower meadow for both spring and autumn sown seeds. 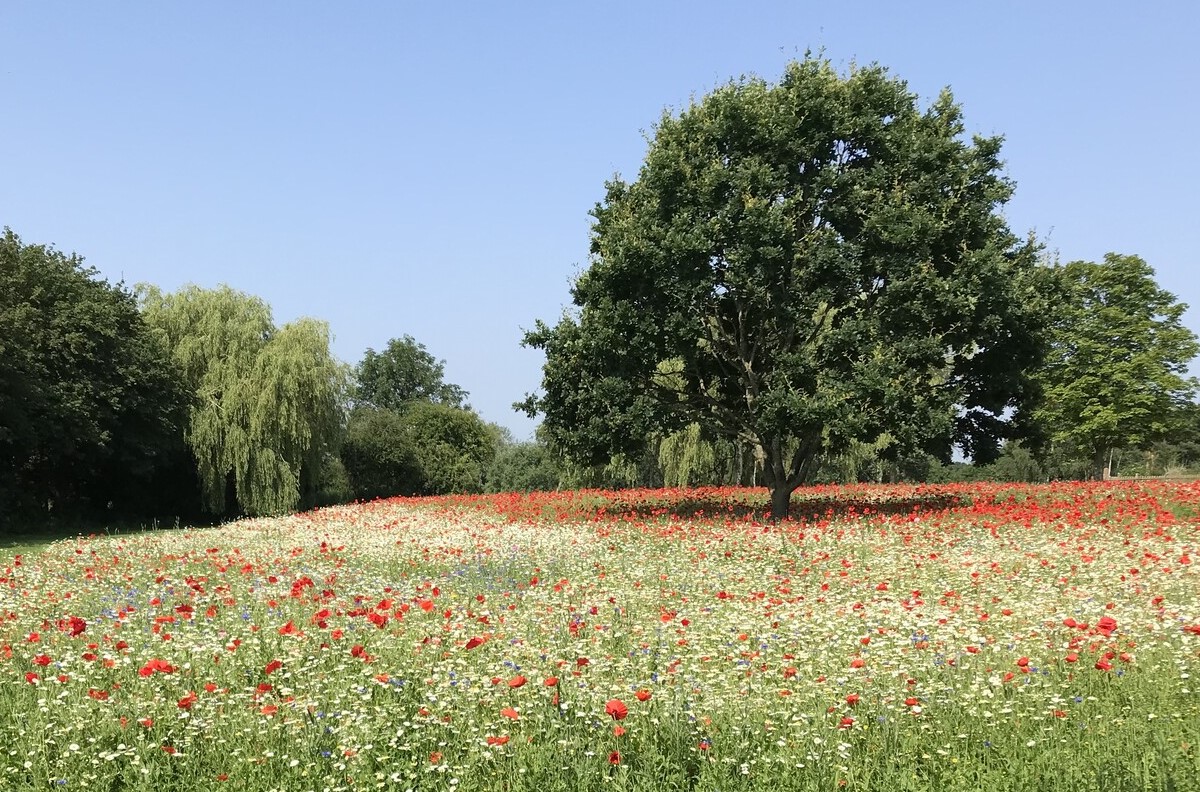 Our current wildflower sowing times have been revised based on the ongoing research of Germinal Horizon – our research and innovation division – and after updating our wildflower seed mixtures in 2021 to give more support to pollinators.

When to sow wildflower seed

Before explaining the updated sowing times, we can confirm that all Urban Meadow wildflower mixtures* can be sown optimally from mid-March to early June. Having said that, we appreciate that the timings on some schemes might mean sowing has to take place outside this window.

It should be okay to sow these wildflower mixtures anytime from March until October. This is so long as it’s accepted that any display in the first year may be limited and it might be required to ‘top up’ annual wildflowers the following spring.

Therefore, it’s beneficial to sow these mixtures of wildflower seeds in the late summer or autumn. However, good establishment can also be achieved in the spring months.

Time spent in our cold store can initiate the vernalisation of seed lots, resulting in germination in the spring. The caveat is that the diversity of species might increase in the second year following a subsequent winter in the soil for wildflower seeds that require it.

For more information on when to sow wildflower seed, read our latest research findings.

As mentioned in previous wildflower guides, for flower-rich habitats to survive and remain stable in the long term, competition from grasses and problem weeds needs to be controlled.

Traditionally, contractors were advised to choose less fertile sites. The logic is that these sites support fewer weeds and don’t encourage rapid grass growth. Furthermore, the stress inflicted on grass by mowing allows broad-leaved wildflower species to compete within a grassland.

This remains our advised approach for True Meadow mixtures and is also applicable for Urban Meadow mixes if the topsoil has previously been removed for use on other parts of the site.

However, we typically advise more productive soils for Urban Meadow mixes, as these contain the necessary nutrients and exhibit the water-holding capacity to support the larger blooms of these mixtures.

Speaking of water, a lack of rainfall while a wildflower meadow is establishing will result in a poorer establishment and fewer flowers, which will be smaller and only flower for a short time.

On large sites where irrigation isn’t practical, this represents a risk of establishment and should be accepted as a consequence of less-than-perfect weather in the establishment year. On smaller sites, meanwhile, dry springs can be remedied by routine irrigation.

Unlike standard amenity grassland, wildflower meadow management is more complex due to the wider range of growth characteristics between species. Factors such as growth rate and flowering date will also influence your wildflower maintenance programme. 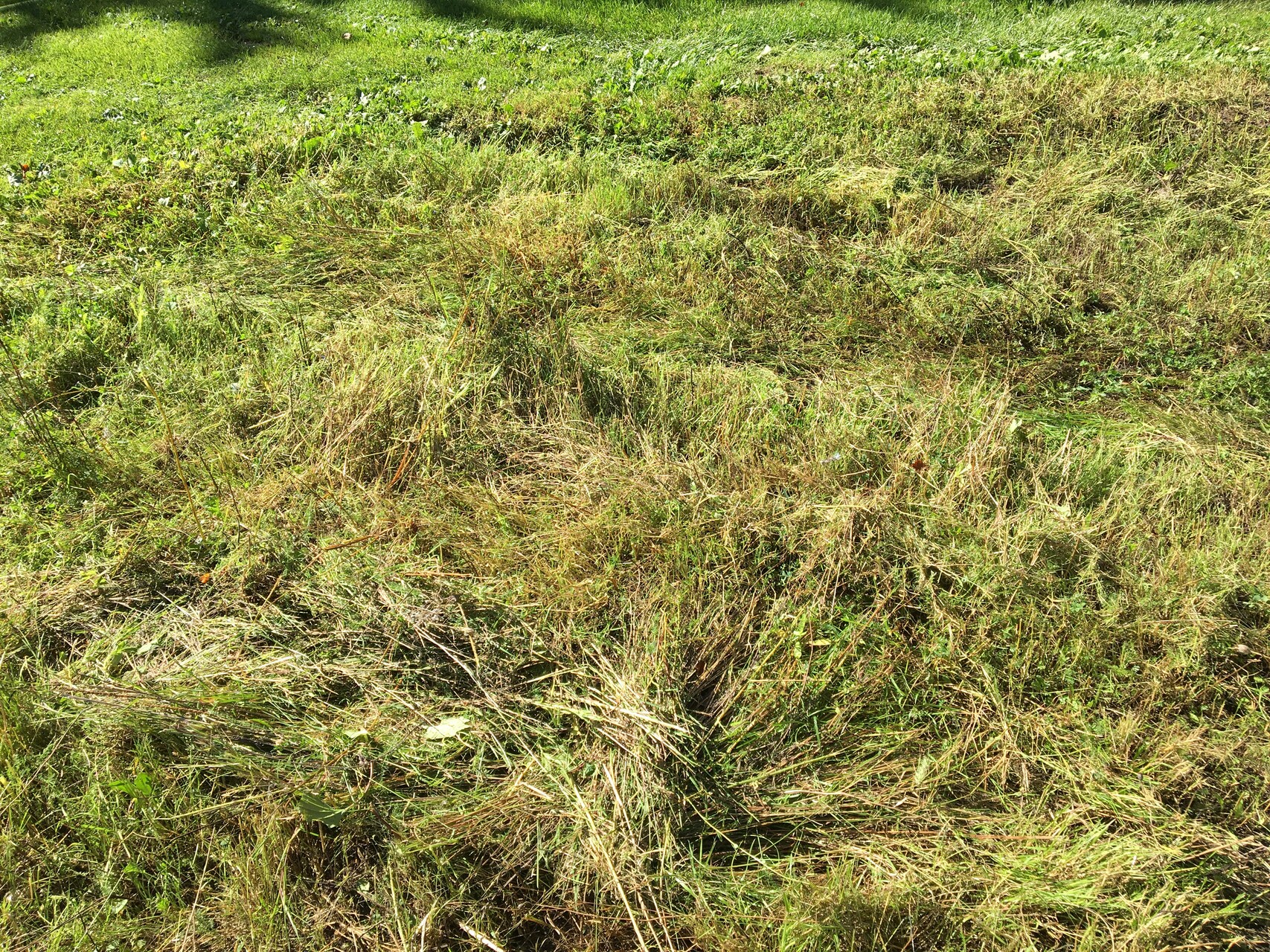 For example, a cut at the wrong time of the year can cause a plant to not produce seeds. This would result in short-lived perennial and biennial species being lost from the sward. The survival of certain wildflower species relies on the return of seeds into the soil to form new plants.

Cut from mid-July to early September – this can be done as one cut. Preferably, if the wildflower meadow is big enough, cut it in sections and leave a week to a fortnight between cuts. Ensure you collect the arisings.

If the meadow is large enough, consider allowing up to a fifth to stand uncut through the winter and cut down and remove the clippings in March the following year. This is to provide a habitat for invertebrates, including pollinators, and some vertebrates over the winter.

Rotate this area so a different section is left uncut each year. This more closely replicates the grazing of animals, which would leave some small areas not grazed. This is the ideal alternative for wildflower meadow management without grazing.

If possible, and with the obvious exception of areas you are leaving uncut, lightly mow the sward down to 70-100 mm as required throughout the winter months until March and collect the clippings.

Wildflower mixtures with Grass – Year one

Cut from September to October and follow the same Thereafter advice above.

Cut down to 70-100 mm from early September and remove arisings. If practical, consider leaving up to one-fifth of the area uncut. The remaining dead stalks will provide a nesting and hibernation site and egg-laying habitat for invertebrates over the winter.

Alternate this area each winter. If possible, and except for areas you’re leaving uncut, lightly mow the sward down to 70-100 mm during the winter months until March and collect the clippings.

These require no maintenance, although over-sowing may be required in spring each year until a sufficient seed bank has been built up.

You can find our current range of wildflower seed mixtures here. Mixes are available for landscape architects and contractors, greenkeepers, and homeowners.