Posted on Friday 27 Jul 2018 in Guides & Advice & Fertilisers and Plant Nutrition
The two main types of fertiliser used in the amenity sector are granular fertilisers and liquids.

Controlled release fertilisers are coated with a semi-porous substance which controls the rate at which nutrients are released from the granule.  These include:

When talking about quick or slow release fertilisers, it should be understood that in the majority of cases we are referring to the Nitrogen element of the fertiliser. Nitrogen has the greatest effect on grass growth but is very mobile in soil.  This means that form in which it can be utilised by plants, Nitrate, nitrogen can’t bond with soil particles and therefore leaves the soil either via leaching or volatilisation very quickly. For this reason you will not find the Nitrogen content of a soil on most broad spectrum soil analyses, purely because by the time the analysis is being read, the situation may have changed.

The other two major nutrients, Phosphorus (P) and Potassium (K), are far more stable. Nitrogen is therefore the element of an NPK analysis that is desirable to be able to control in terms of its release period and subsequent availability to plants.

These fertilisers are cold water-soluble. As soon as they take on moisture they begin to breakdown and release nutrients into the soil. This makes these fertiliser extremely fast acting and typically they have an effective period of only 2-4 weeks. These types of fertilisers are still widely used and effectively accelerate growth when the grass is actively growing.  However, it is widely accepted that these fertilisers are relatively inefficient with up to 60% of the Nitrogen being lost through leaching out in the soil water or volatilised up into the atmosphere. 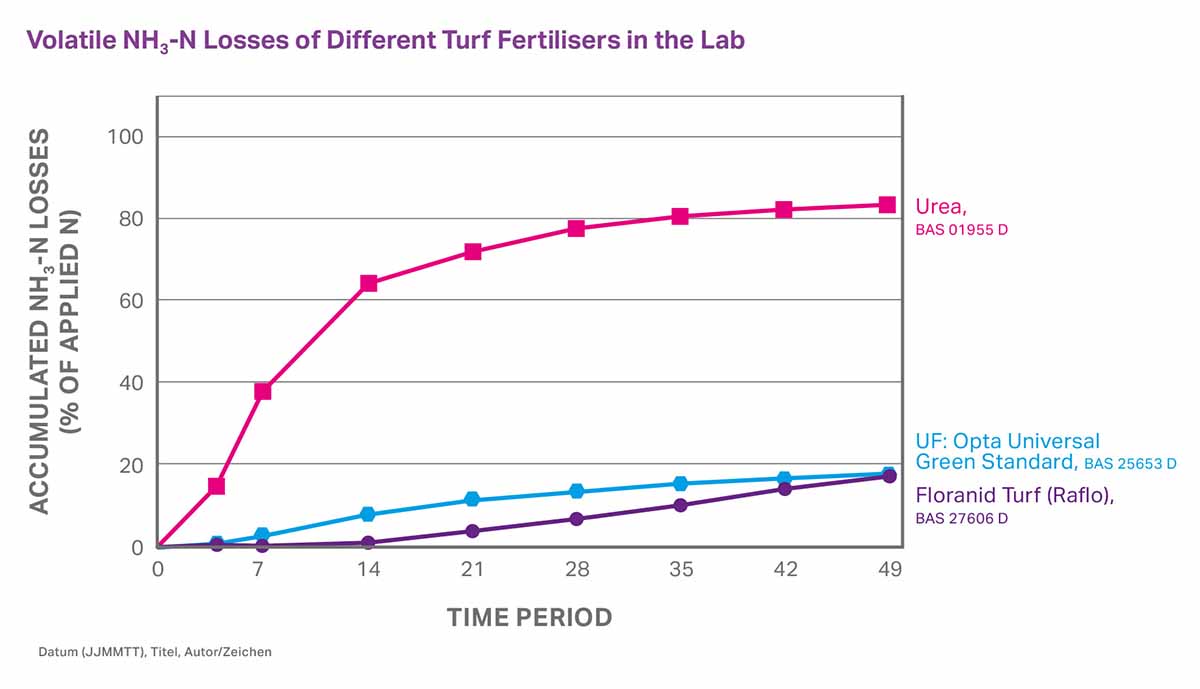 Whatever form these take, the important point about these fertilisers is that they provide a steady supply of nutrients over an extended period of time. This is done by delaying the release of Nitrogen – either by creating a form of nitrogen that breaks down more slowly (a condensate) or by physically coating the nitrogen.

Essentially these fertilisers contain one of the Nitrogen sources already listed. These synthetic forms of Nitrogen need both temperature and moisture to breakdown and therefore the release of the nitrogen is in line with the nutrient demand of the grass.

Ammonium (NH4+) is a positively charged cation which sticks to negatively charged soil particles. Ammonium can be taken up directly by plants, but most N is taken up as Nitrate (NO3). Naturally occurring bacteria (nitrobacter) degrade ammonium in the soil and change it to nitrate (NO3-). Nitrate is available to plants but is also highly mobile within the soil and can easily be lost through leaching as previously explained. 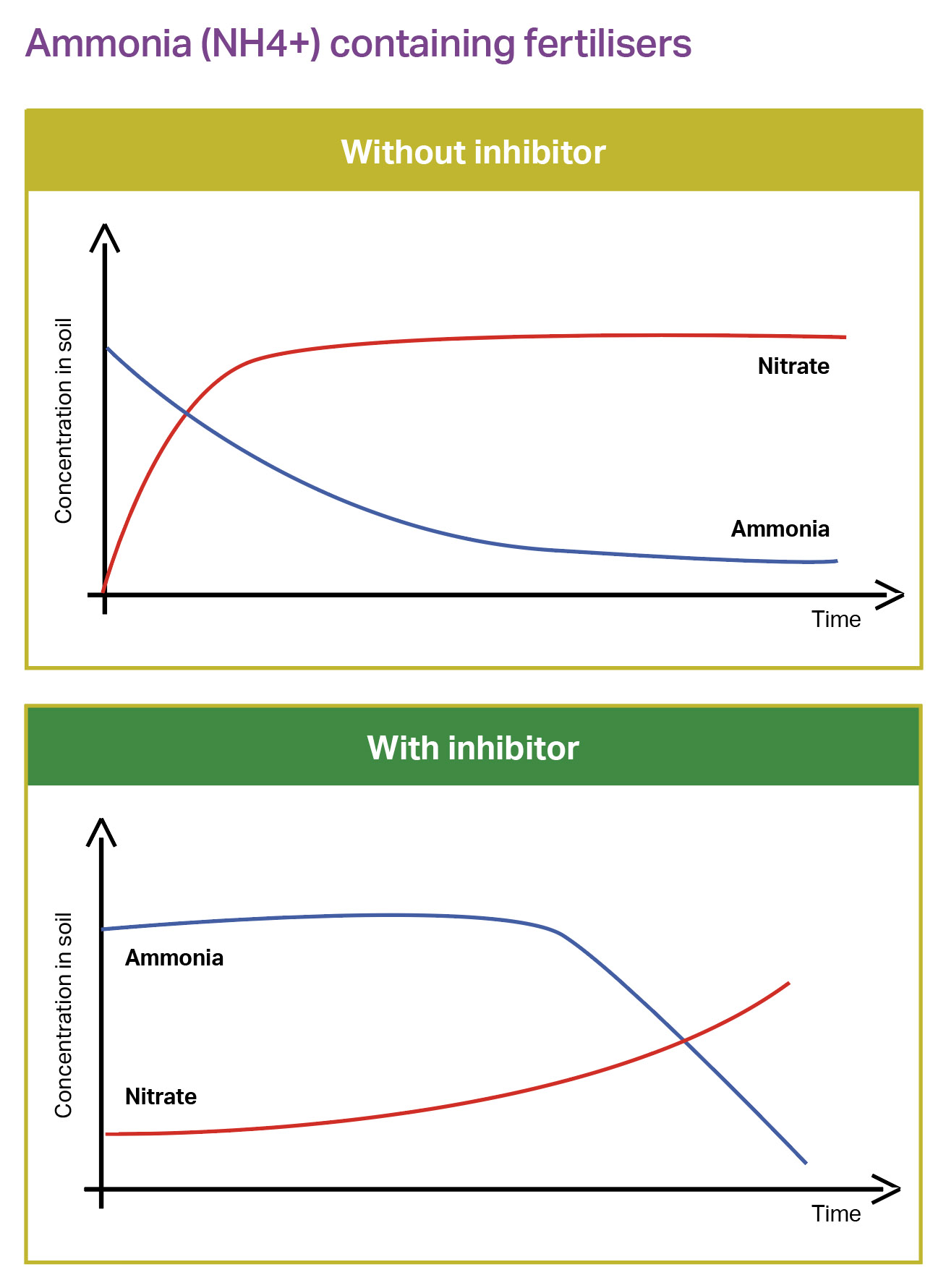 Benefits of slow and controlled release fertilisers to plant health

Slow and controlled release fertilisers promote steady, uniform growth of grass without the flushes of top growth associated with quick release fertilisers. This steady access to nutrients is typified by stronger root growth and all round improved plant health, as the plants are not putting all their energy into leaf growth.

The other benefit is that slow release fertilisers can be applied just prior to the growing period without fear of the nitrogen being lost before it can be taken up. This means that adequate nutrients are sitting available to be used as soon as the plant needs them rather than a fertiliser application being applied as a reaction to the first signs of growth at the beginning of the year. This means that applications can be made at quiet times ahead of the increasing workload when mowing begins.

Liquid fertilisers are usually concentrated liquids that need diluting with water before spraying onto amenity areas with either a knapsack or tractor mounted sprayer. Liquid fertilisers have the advantage of giving a very quick growth response due to the fact that the nutrients are suspended or dissolved in a liquid solution and instantly plant available.

It is not unusual for liquid fertilisers to contain seaweed extracts which supply contains plant growth hormones such as Cytokinin.  These hormones have proven benefits to plant health. Historically seaweed was deposited on pasture land to improve the health of grasses.

An example of a complete liquid fertiliser is: