Posted on Monday 11 May 2020 in News & Latest News
The successful establishment of grass or wildflowers on sloping ground and banks is reliant on being able to overcome several unique challenges which increase in significance as the angle of the gradient increases: the steeper the slope, the greater the impact of factors such as rainfall runoff and soil erosion on the ability of freshly sown seed to germinate and throw down a strong root for anchorage into the soil profile.

Where feasible, the challenges associated with steep slopes can be negated by using additional soil to re-grade the angle of the slope. In doing so, provision must be made to re-direct any rainfall before it reaches the newly seeded area. The use of turf reinforcement matting, or mesh should also be considered as an effective method of preventing excessive soil erosion while the soil surface remains unstable. 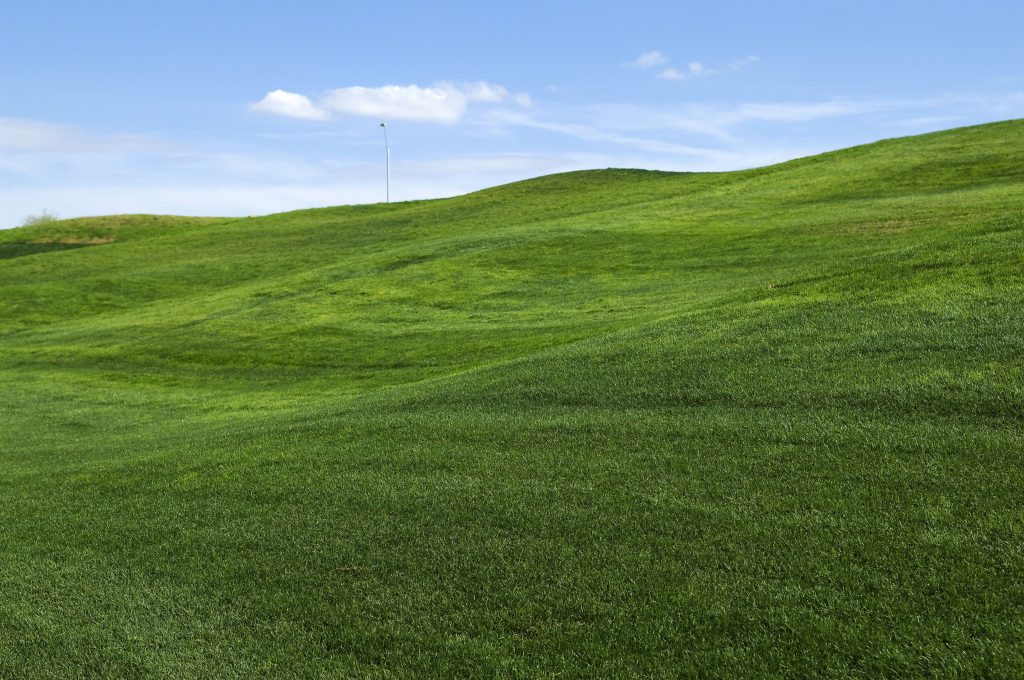 Where it’s safe and practical to do so a disc seeder will aid establishment as it will place the seed below the soil surface, thereby reducing the potential for seeds to move down the slope before establishment. The use of this type of equipment is only advisable on slopes with shallow inclines – on steeper ground an alternative method such as hand casting or broadcast seeding may be more appropriate.

Timing of seeding is absolutely key to successful establishment: heavy rainfall will do the most damage to the soil profile, while a light drizzle will be hugely beneficial as long as it isn’t too prolonged or persistent. Keeping a close eye on the upcoming weather forecast and choosing a suitable weather window will therefore help to ensure the best results. If little or no rain is forecast in the few days following seeding, a light watering with a fine sprinkler head will be required to ensure germination. Likewise, ensuring there’s enough soil moisture is also essential to the maintenance of adequate soil to seed contact during germination.

Selecting the correct grass seed mixture is also vital – a combination of fast establishing and deep rooting species is ideal, especially on newly made ground where soil stabilisation is needed. Creeping perennial ryegrass cultivars such as ZURICH are the perfect option as they will establish very quickly and provide a stable nursery and surface cover to allow lower growing species such as strong and sheep’s fescues – such as ABER®FLEECE: the only UK-bred sheep’s fescue – to establish.

During the peak growing season, ZURICH will germinate and start to provide root density and slope security for slower geminating cultivars in as little as 5-7 days. After its first winter (which will induce the vernalisation process) ZURICH will start to creep and integrate further with other established species to provide better ground cover and improve slope security.

The addition of a tall fescue cultivar is another essential component: the roots of tall fescues can extend as far as 2-3 feet into the ground, thereby adding significantly to the stability of the soil and ensuring the sward is able to cope during extended periods of dry weather when the only soil moisture will be found at depth. Tall fescues also integrate well with other species to provide a dense, strong and attractive sward.