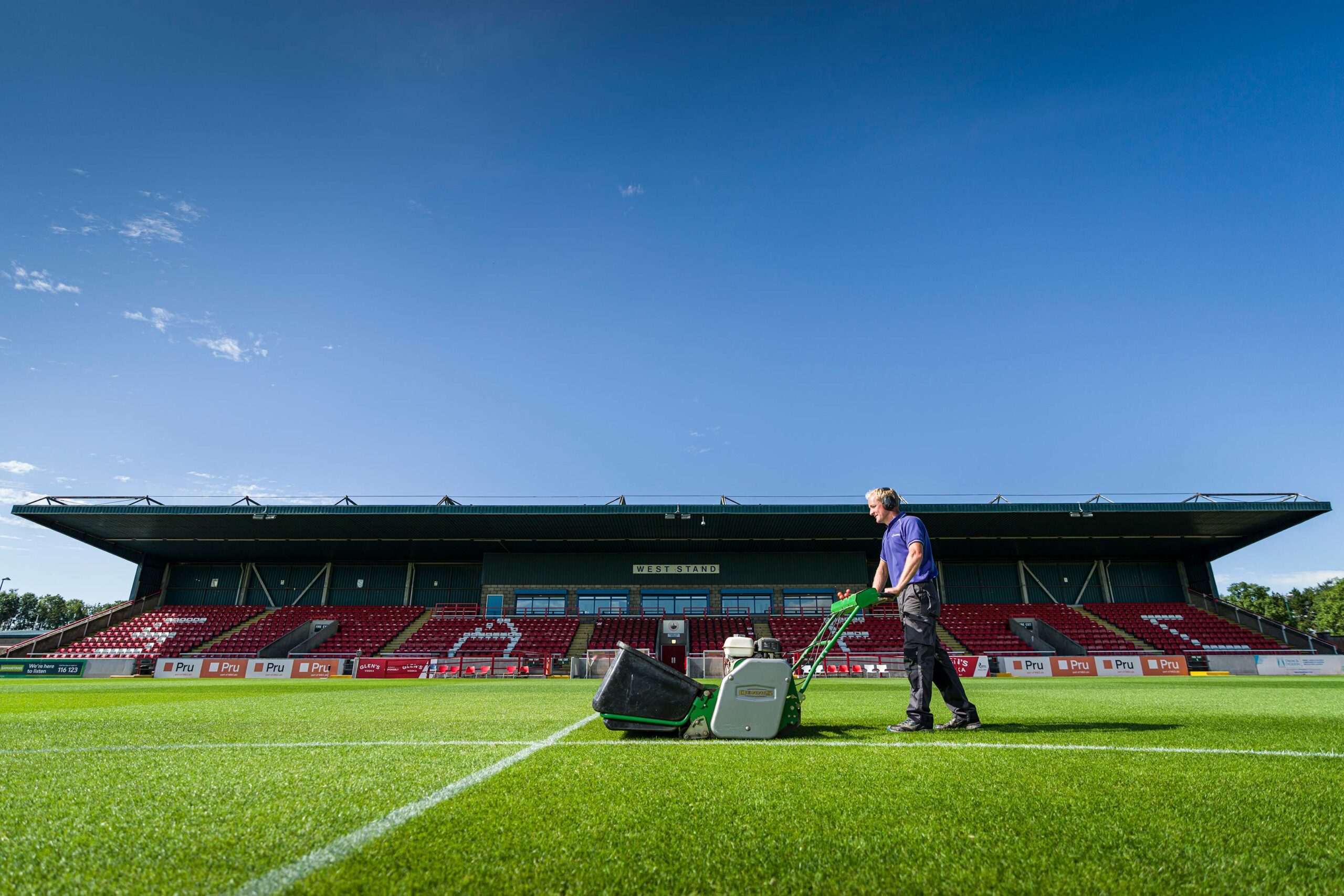 Graeme began working with Stirling Albion in 2015 when he was hired by Active Stirling*, a charitable trust that has provided sport, physical activity, health and wellbeing services across the Stirling Council area for more than 14 years. In addition to employing Graeme, Active Stirling manages and operates the Forthbank stadium where Stirling Albion play their home games.

Before becoming a grounds manager, Graeme spent a decade as a greenkeeper, including a stint at Gleneagles. Graeme is highly respected in the industry, as proven when he was named Groundsman of the Year in 2018 and was asked to consult at the Estadio Azteca and Euro 2020.

When revealing which part of his job gives him the most satisfaction, Graeme answered, “In winter, when the pitch suffers from many wet games, it's satisfying to turn it around and get it playable for the next fixture.”

“Due to the amount of play, it doesn’t take long for the pitch to fill up with Poa annua. This causes big problems when we get into the wetter seasons.”

Graeme explains that rainfall is a major challenge for groundskeeping in Scotland: “It's very common for our pitch to get wet in October and not be dry again until April.

“I carry out various aeration work throughout the year to try and keep water moving through the profile and support this with penetrants.” 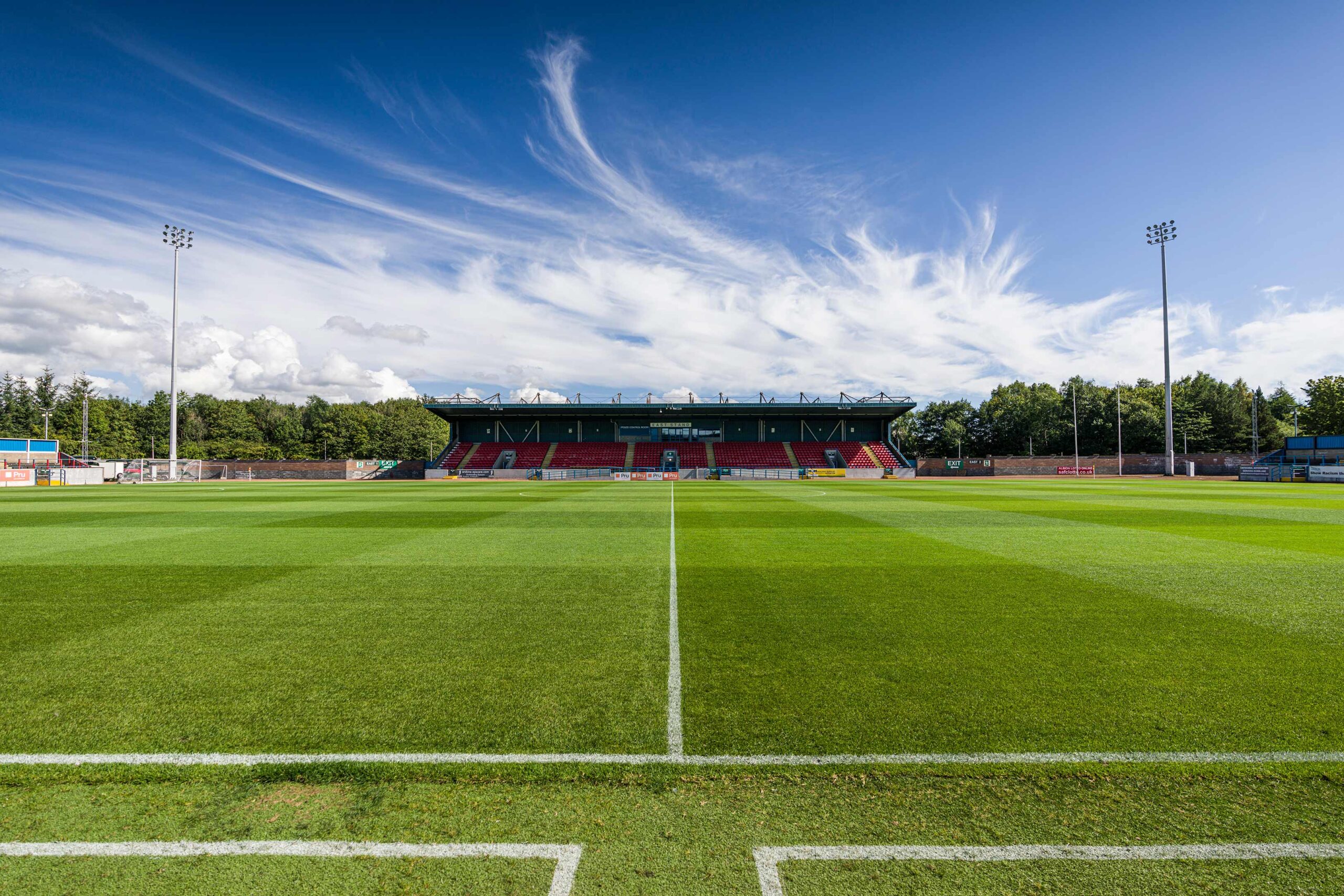 Stuart also wanted to know how many matches a season are hosted at the Forthbank Performance Sport Centre, with Graeme estimating 50 in a typical campaign. Along with Stirling Albion, Forthbank is also home to the University of Stirling, women’s teams and junior teams.

“In recent years, we have hosted various levels of internationals, from boys to women’s Euro fixtures. We also host the Women’s Scottish Cup semi-finals. The ‘Binos’ normally get to playoffs, so this can again extend our season and shorten our renovation window.”

Discussing a typical renovation window, Graeme said that the length can vary greatly depending on playoffs and additional bookings. In the past, he has managed a full grow-in in fewer than five weeks. In 2022, Graeme had nearly 10 weeks, which is the longest renovation window so far.

“Despite 2022 being the biggest window we’ve had, it has been the most stressful. It has been a very dry spring and summer, but it has also been exceptionally windy. After seeding, we’ve had to overseed twice further due to the wind displacing seed and fertilisers.”

Speaking of overseeding, Graeme has never carried out a full overseed prior to winter – just in specific areas. However, he’s open to the possibility: “I’d be keen to try an overseed and monitor how coverage lasts going through the winter.

“I always patch areas throughout the year but my concern about doing larger areas is that I feel the seed would struggle to establish due to the amount of play we have.” 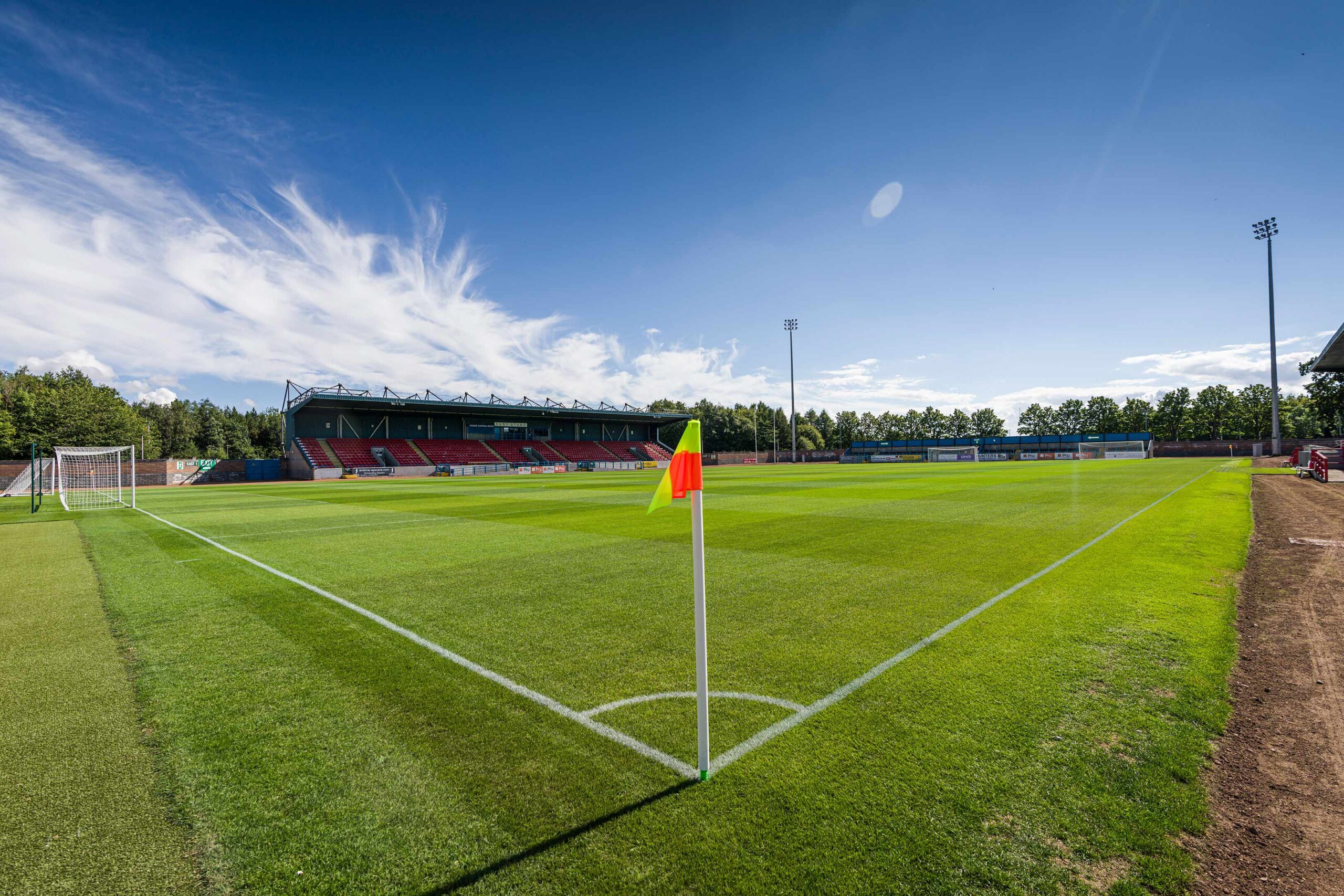 After each match, Graeme uses a Hoover or Dennis stiff brush to clear debris and then follows up with a thorough divot, while a light foliar seaweed can further aid the recovery process.

Stuart also took the opportunity to ask Graeme to share his best advice for grounds managers undertaking football pitch maintenance. “All tasks are necessary and important when used in conjunction with each other. But, if I had to say one, it would be verti-cutting.”

“Maximum damage is caused to your winter pitch when it is sitting wet. Regular verti-cutting allows moisture to get through the rootzone as there is minimal thatch to slow it on the surface.”

Regarding top surface maintenance, Graeme has Koro’d three times since he joined Active Stirling. He immediately saw the benefits in a Koro trial with Campey and aims to repeat the process every two-to-three years if possible. 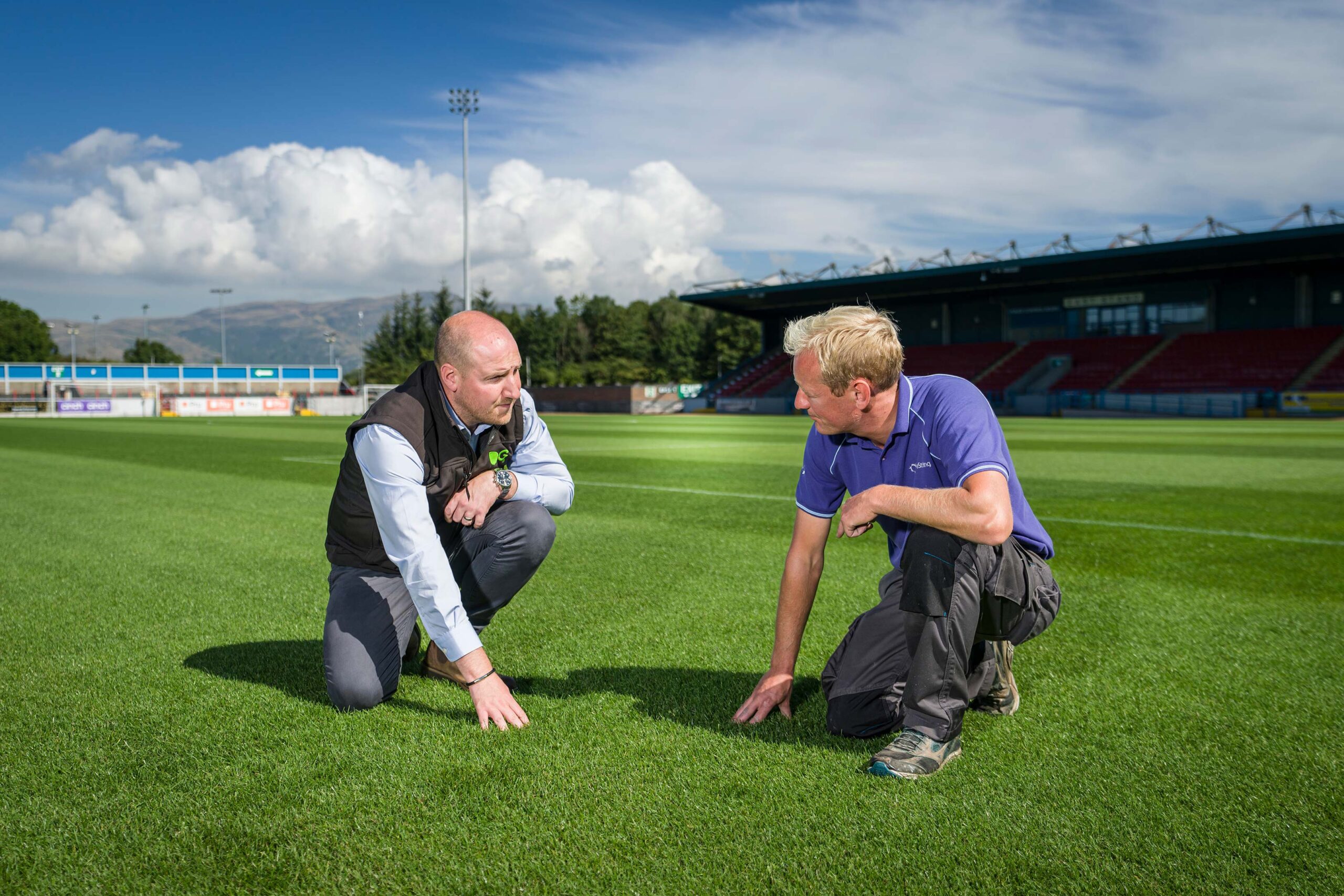 “For a few years now, I’ve been using Germinal’s A20 mixture,” Graeme reveals. “I haven’t sprayed fungicide for five years and feel this mix is quite resilient to disease. I am very happy with the colour and quick establishment. As the bags are clearly dated, I can see how fresh it is.”

After switching between fertiliser producers in the past, Graeme has also turned to Germinal’s range of sports fertilisers in 2022. “For base feeds this year, I have used Germinal and have been delighted with the results. I’ve found all materials to be uniform and very clean to use. I top up with seaweeds and humics when required along with penetrants,” Graeme adds.

Germinal carries a wide range of football pitch grass seed mixtures alongside options for other sports, such as cricket, tennis, rugby and more. You discuss your sports grass seed requirements by asking one of our Germinal Amenity experts.

Active Stirling is a leading provider of sport, physical activity and health and wellbeing services and manages The PEAK – a £27.3 million indoor sports complex and Forthbank Stadium at Stirling Sports Village on behalf of Stirling Council, along with delivering a range of other community activities at schools, facilities, and venues across the Stirling Council area.

Check out our football pitch maintenance guide if you want to learn more.