The rise of the SuperBents: five years and counting in the UK

Posted on Wednesday 24 Feb 2021 in News & Latest News
The rise in popularity of the modern creeping bentgrass starts in the mid 2000’s at Rutgers University in New Jersey where Dr Richard Hurley, after 10 years of germplasm collection, evaluations and trials, developed the first varieties of a new generation of creeping bentgrasses. 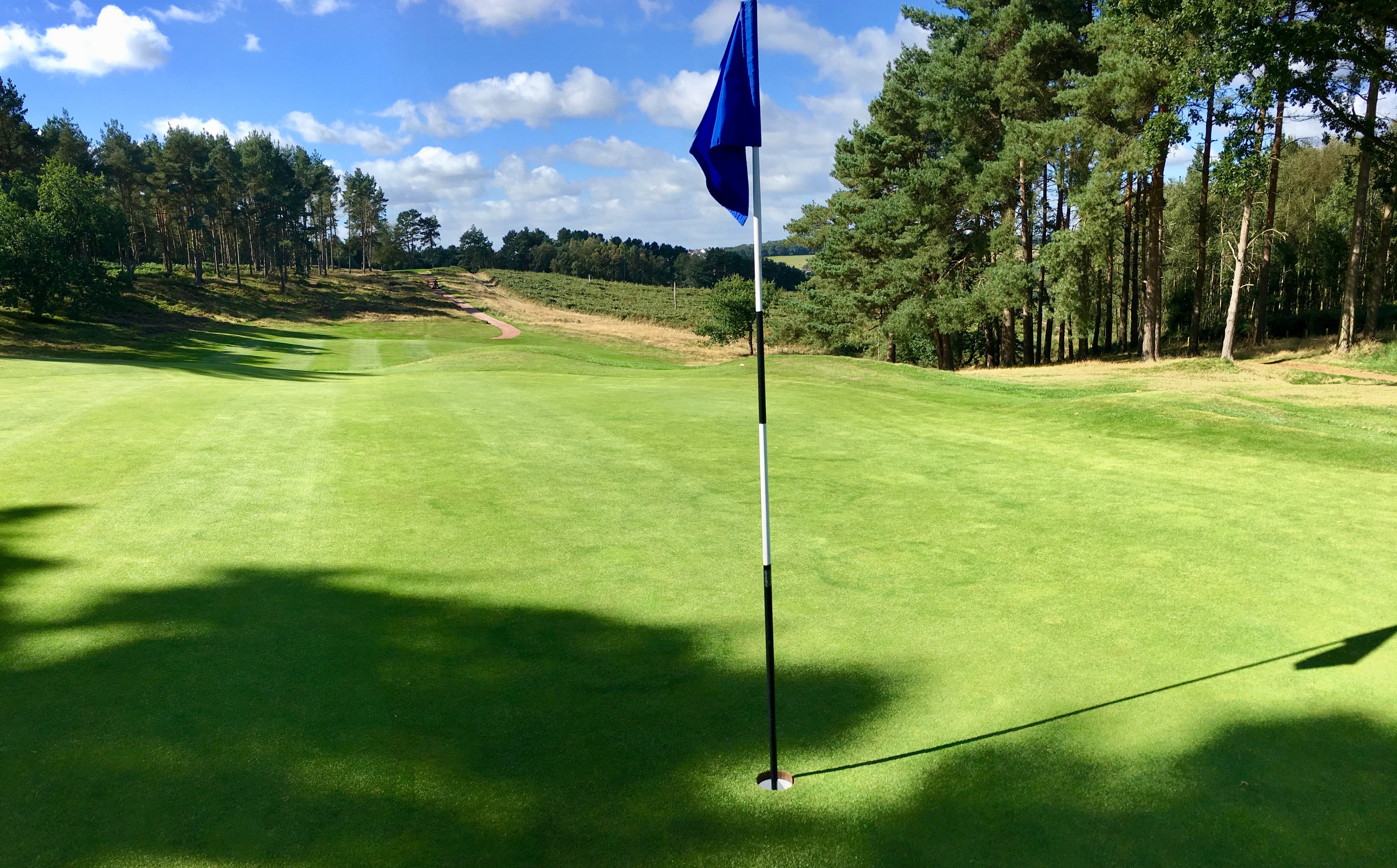 These were to be given the new marketing name ‘SuperBents’ as they far and away exceeded the overall performance that one would expect from older varieties of creeping bent, some which are still used today but were actually bred 50 years ago.

Of these new SuperBents, 007 DSB (named after the year it was released, 2007, not the fictional British Secret Service agent) was the first commercially successful release: financially funded in part by the United States Golf Association (USGA), it was bred using genetics from 24 parent plants which had been collected from old putting greens located in cooler, northern locations in the US.

In the following years, several major golf tournaments were hosted by courses located in climates that are significantly cooler than the well-known courses in the southern US: for example, the 39th Ryder Cup was held at the Medinah Country Club in Chicago where winter temperatures average well below 0oC.

For the greens at courses such as this to be of the quality needed and expected at the game’s elite level a much more cold-tolerant creeping bent was required.

007 DSB proved to be the perfect fit, not only thanks to its fineness of leaf, fast rolling speed, enhanced disease resistance and low input requirements, but also because of its significantly shorter growing-in period which enables greenkeepers to quickly and easily produce a tournament-ready putting surface.

The Tokyo Olympic Games course at the Kasumigaseki Country Club in Saitama has also selected 007 DSB for its greens, as have many other elite golfing venues in Japan, Canada, Moscow and China where soil and air temperatures dictate the need for cold-tolerant cultivars.

007 DSB is also being used successfully in some very warm and dry climates (Australia, Morocco, South Korea to name a few) thanks to its ability to tolerate a wide range of climates and conditions.

Perfect for the UK

In contrast to previous creeping bents which were developed primarily to withstand close mowing, the new generation of SuperBents has been bred to be tolerant of lower inputs of N and water. The ability of varieties such as 007 DSB and more recently Tour Pro (GDE) to thrive without excessive inputs makes them ideally suited for use on UK courses where their vigorous lateral growth and persistence to very close mowing enables greenkeepers to utilise them to outcompete Poa annua without the need to drastically change any cultural practices.

In the last few years, numerous UK clubs have successfully over-seeded their greens with 007 DSB and in doing so have created more aesthetically pleasing greens which, crucially, are naturally more resistant to both Anthracnose and Microdochium patch: an ever-increasingly important factor given the loss of curative fungicides such as Iprodione. 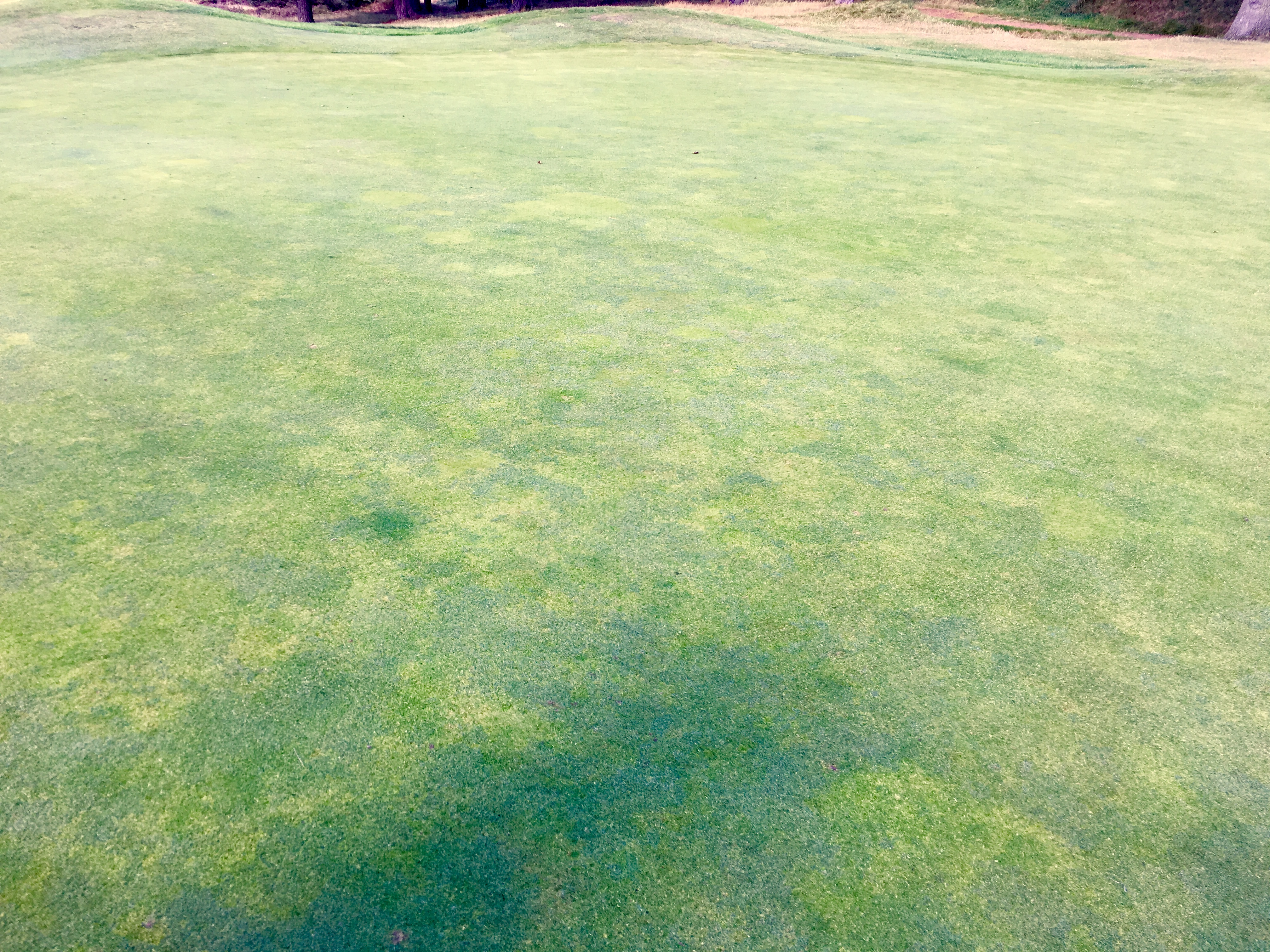 At Germinal we saw the potential of these leading cultivars from a very early stage and have been leading the push to use SuperBents in the UK. At first the market for creeping bents remained relatively subdued due to a natural tendency for greenkeepers to be wary of making any significant changes and because there was an element of scepticism based on the fact that the older varieties were input-hungry and couldn’t perform to the level attained by the new generation.

Despite this initial market hesitancy, we stood by our decision to bring the likes of 007 DSB and TourPro (GDE) to the UK based on the knowledge that, put simply, they both possess traits which can help greenkeepers to manage their greens more efficiently and effectively.

In 2015 and Wentworth Golf Club in Surrey undertook a full greens rebuild using 007 DSB, with the Club’s Director of Golf Courses and Grounds, Kenny Mackay, stating that, “We want this course to be one of the leading golf venues in the world and are delighted to be working with Germinal on this project. We trialled several grasses via the Sports Turf Research Institute and believe 007 DSB is the right choice for the environmental stresses of British weather. It has proven performance on a number of top-level tournament courses including US Ryder Cup and US Open sites and received great player feedback at the Conway Farms BMW Championship. 007 DSB has also been selected for redressing the greens on the Tokyo 2020 Olympics course along with hundreds of other high quality golf courses around the world so we’re in good company.”

The proof is in the pudding

The clubs mentioned so far, all benefit from the luxury of having access to significant greenkeeping budgets, but what if you’re managing a traditional UK course with minimal staffing and a shrinking budget… is a SuperBent right and affordable for your course?

The first thing to note is that the dated stigmas and false clichés about creeping bentgrasses being difficult and expensive to manage are no longer representative of the new generation. Similarly, the misconception that greens maintenance regimes will need to a total re-vamp to accommodate SuperBents is simply untrue. 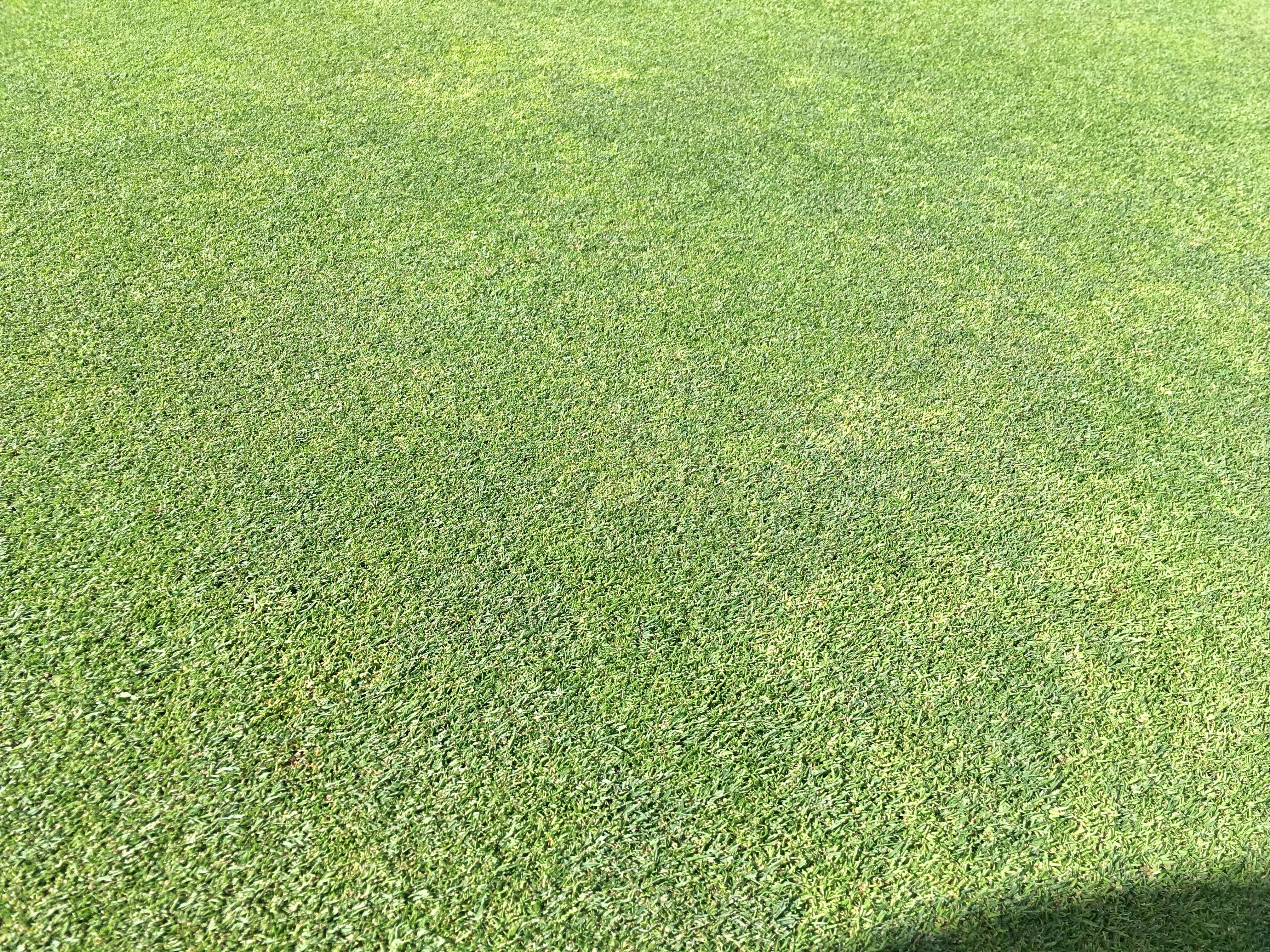 With five years’ worth of data from parkland and heathland courses under their belts, we surveyed a number of greenkeepers from across the UK to get their take on how 007 DSB performs under British conditions. Here’s what they said:

Q: How much fertiliser do you use on your greens?
A: On average, respondents are applying 91kg of N per year. This is consistent with the amount used on courses where regular over-seeding is carried out and where 100% Poa swards aren’t being maintained. It is also significantly less than the 100-120kg N required by pure 007 DSB swards on USGA specification greens.

A number of respondents suggested that they will reduce the amount of N applied as their creeping bent population increases, with seasoned users already reporting reduced N requirements, especially where superficial disease is concerned: the marbling growth habit of 007 DSB means there is usually a desirable plant present when a disease attack occurs, so recovery is natural and doesn’t require one to ‘feed’ it out.

Q: How much topdressing do you apply?
A: The average top-dressing amount was reported as 92kg per annum, with those courses where over-seeding is regularly carried out applying less than those where overseeding is more sporadic. This is corroborated by data from recent agronomy programmes which has shown that applications of sand in excess of clip volume is detrimental to existing grass and therefore more harmful to seedlings. Continual heavy sanding, whilst firming up surfaces, can also cause thinner swards with poor rooting.

Q: Do you plan to reduce, increase or maintain nutrient inputs and dressings as your 007 DSB population expands?
A: The majority of current 007 DSB users reported that they plan to reduce applications of N, with only two respondents stating an intention to increase nitrogen inputs (in order to rectify an existing soil nutrient deficiency – rather than in order to combat an alleged ‘hunger’ from creeping bent). The majority also plan to maintain top-dressing quantities at their current levels, with only one anticipating having to increase inputs. None of those surveyed are expecting to have to increase nutrient or dressing inputs in order to combat thatch accumulation.

Q: Do you anticipate the need for any cultural changes such as increased scarification to compensate for the alleged build up of excessive thatch?
A: The majority of respondents expect their current dethatching and grooming regime to be sufficient with no need for additional activity. Many said they will incorporate or increase the frequency of solid tining/spiking to avoid disruption to existing creeping bent plants. Only three people surveyed anticipate the need to increase scarification, one of which has an underlying issue as a result of a previous regime. No one surveyed foresaw the need to scarify heavily due to additional thatch accumulation in their creeping bent sward.

Q: How do you overseed?
A: The majority of 007 DSB users manually drop seed with a spreader into micro tine holes or over groom lines, followed by an equal number who use disc or dimple seeders.

The survey highlights that everything we thought 007 DSB would provide has come to fruition: none of the greenkeepers surveyed has experienced excessive thatch and none have needed to increase their current fertiliser rates. On the contrary… we have multiple clubs of all types and budgets successfully using 007 DSB in all corners and climates of the UK.

Hopefully, the positive feedback from these clubs will give anyone currently considering switching to a creeping bent over-seeding regime the confidence to do so, even if they don’t have the budget or manpower of Medinah or Wentworth.