Overseeding A8 ryegrass seed and creeping bentgrass at Penwortham GC

Posted on Thursday 19 Jan 2023 in News
In late autumn 2021, Steve Hemsley at Penwortham Golf Club near Preston encountered seasonal wear and disease activity on a couple of greens due to severe weather and an extended competition season. 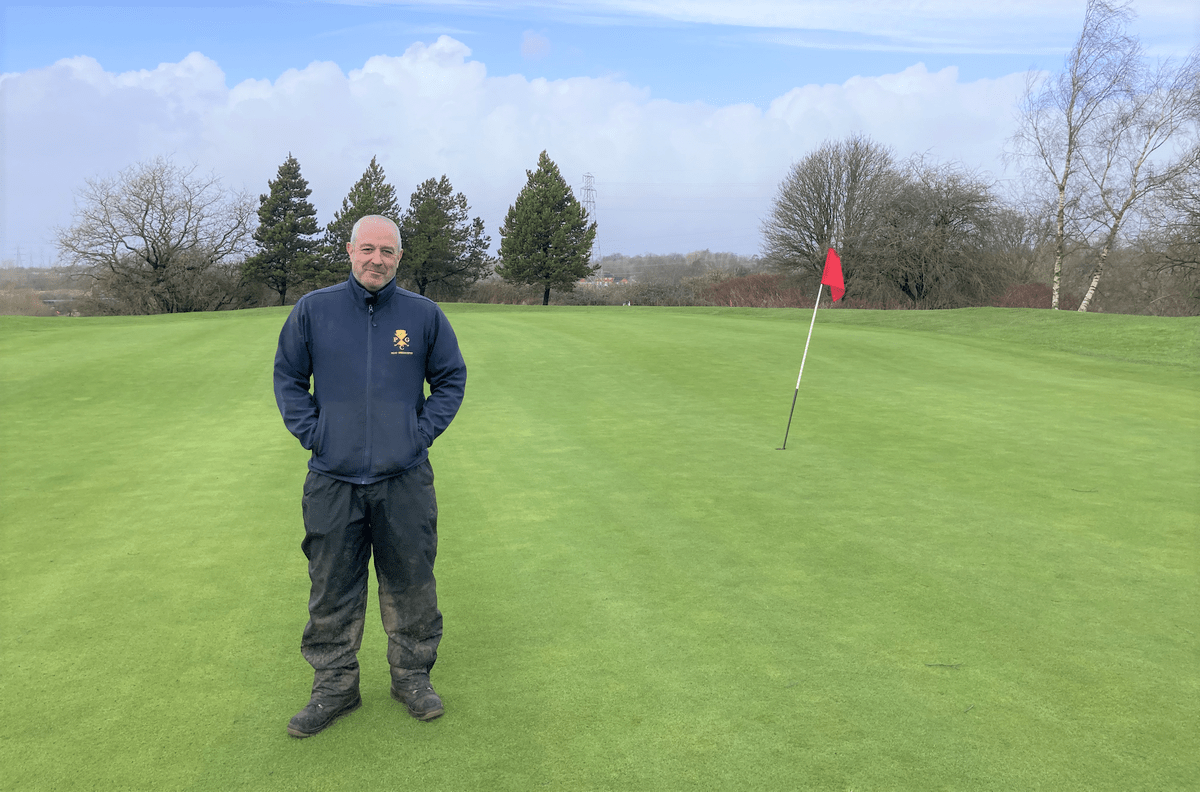 Steve contacted Germinal Amenity grass expert Paul Moreton to discuss the best options to repair the greens before the worst of the winter took hold.

"It's always difficult to get the optimum response from your seeding post-September – for general overseeding. It's fine, as we are in no great hurry for the grass to establish. But to repair any damage you might have suffered, we need that seed to grow quickly."

Recently, greenkeepers have filled chat threads about the benefits of using ultrafine Dwarf ryegrass seed on their greens. However, while cultivars have come a long way with breeding, they are still ryegrass plants and contain the same positives and negatives.

The obvious positive is rapid establishment. Ryegrass seed will germinate and establish a lot faster and at cooler temperatures than bent or fescue. As a result, it will continue to grow at faster rates during the season and into winter once mowing ceases, causing tufty growth.

Disease resistance is bandied about – yes, rye won't suffer from take-all or anthracnose. But it is susceptible to leaf spot, rust and red thread, especially at low nitrogen inputs, which they will be subject to on a golf green.

The major negative and why we don't advocate using ryegrass seed in a green’s sward conversion programme is the lack of persistence when under frequent close mowing and the failure of the plant to proliferate on its own compared to a creeping bent or fescue. This is where browntop, fescue and creeping bent will always trump rye.

Also, the simple economics for a successful ryegrass overseeding conversion programme would require you to overseed three to four times a year at 200 kg of seed per Ha per time. Suddenly, the economics doesn’t sound so good.

This is where the turn of phrase makes a difference. Germinal will advocate (and probably most are doing this anyway) divoting or repairing with ryegrass rather than overseeding with it. This is simply how we describe the procedure we’re undertaking.

For Steve’s issue, the main species he wanted in his sward was Tour Leader creeping bent mixture. So, he used Germinal’s A8 tees mixture that contains ultrafine rye and creeping bent. Then, using a hand seeder, Steve seeded over his bare patches. The rye content will offer the initial coverage and act as a nursery crop for the slower-establishing creeping bent. 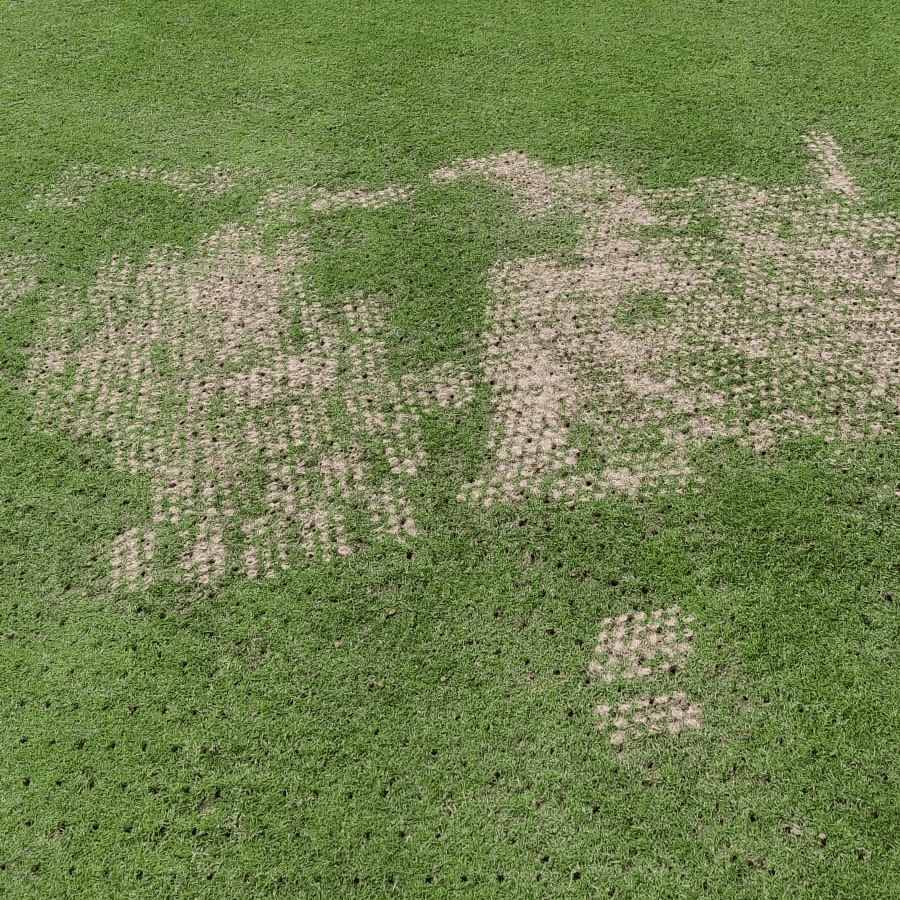 Within 21 days, Steve had pretty much achieved complete recovery, "I was very happy with the results. I kept the grass longer on the front of the fifth green to allow even stronger establishment." 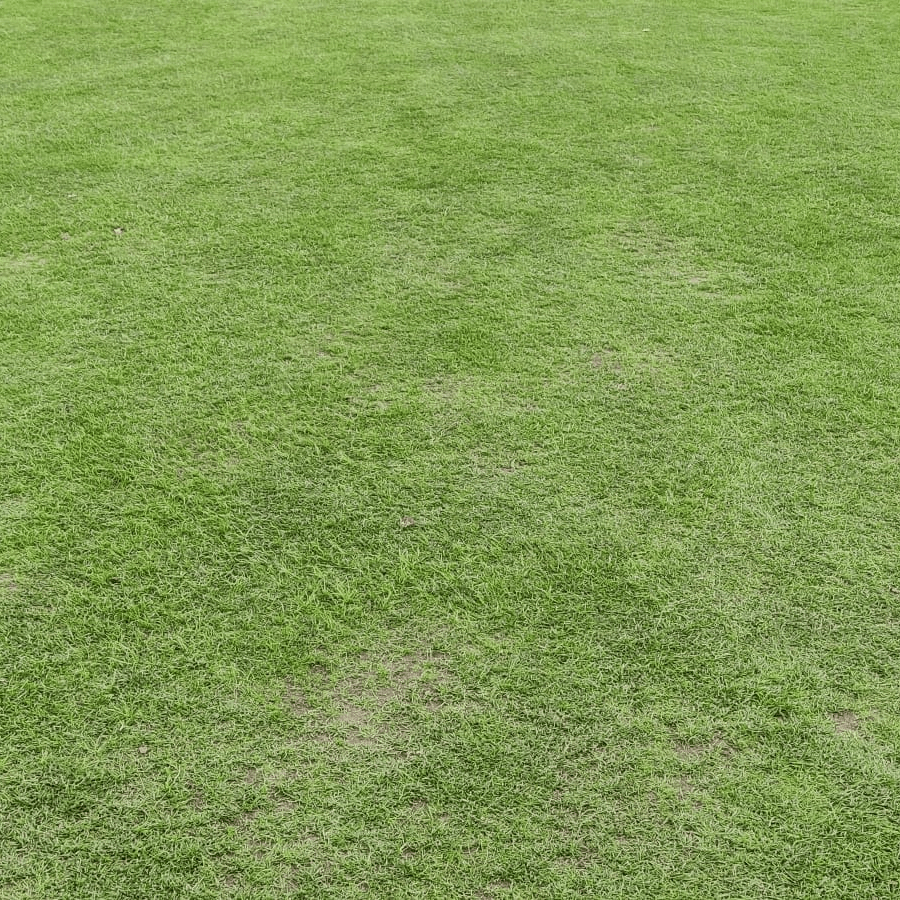 While phase one of this procedure was a roaring success, it can only be deemed successful if phase two is planned. As soon as the green is back in full play under constant close mowing, the ryegrass will, unfortunately, start to decline (think of what a cricket wicket looks like when cut short).

However, what Steve did was take on a modern approach. The ryegrass seed was initially accompanied into the soil with creeping bentgrass.

Recent trials at Germinal’s Horizon Wiltshire provided us with the knowledge that creeping bentgrass will start to germinate at 6°C. So, while we’re trudging about the course over the winter getting jobs done, the creeping bent is slowly filling in around the nursery crop provided by the rye. Also, browntop and creeping bent seeds will happily sit in dormant soils and establish when the time is right – i.e., won’t 'rot away’.

Once summer arrives, the transition will be complete, and the desirable creeping bent will be converting your sward while most of the rye will desiccate away.

Steve continued this process throughout the winter, then converted to straight creeping bent for the summer and achieved tremendous results.

On a recent visit in early 2023, the rye was pretty much untraceable, but the creeping bent was easily visible.

Steve will continue this procedure on his worst areas this winter and the hand seeding during the season with pure creeping bent.

Please get in touch with our experts for advice on golf grass seed and course maintenance.