Sowing depth, rates and methods: how to achieve optimum results

Posted on Tuesday 21 Apr 2020 in News & Latest News
Whilst we all have a rough idea of what rates we sow seed at to achieve specific results, the optimum seeding rate varies according to the species being sown and the method of application being used.

Seed count per gram is a universal technique used for all species of agricultural and amenity grasses: it stipulates how many potential plants, once established and mature, can survive in a square metre of ground. The same rule also applies for close mown amenity grasses even though these swards aren’t allowed to reach their full reproduction size: an individual ryegrass seed will produce a plant roughly the diameter of a tea cup (even when cut at 25mm), so there isn’t really any need to exceed the recommended sowing rate, especially if the necessary preparatory ground work and aftercare is kept up. 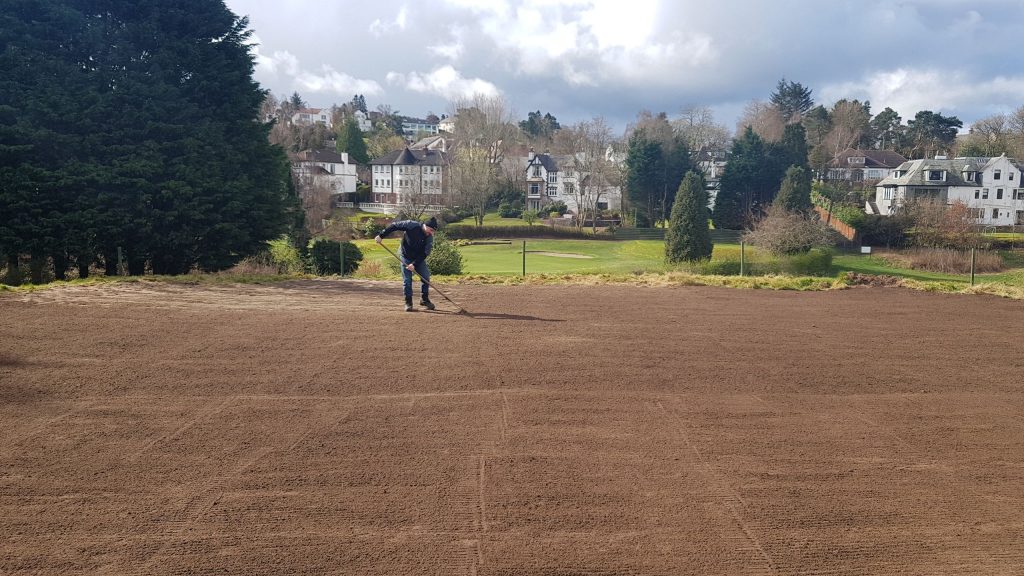 When seeding, sowing depth is increasingly important for bigger seeds as they require a greater depth of soil to ‘anchor’ in (as opposed to smaller seeds which can germinate in a thinner layer of soil, or even in a layer of thatch). When the radicle (first root) appears, the seedling needs a decent amount of soil to hold on to, as next to appear is the epicotyl (first leaf) which pulls the seed upwards as it reaches for light at the soil surface – this explains why the age-old farmer’s method of rolling newly germinated seed has a huge beneficial effect. Smaller seeds such as browntop or creeping bentgrasses can be sown closer to the soil surface but will still require good soil contact: this is best achieved by disrupting the surface of the ground into which they are being sown and applying a top-dressing of sand/rootzone to provide protection.

How seed is applied is a matter of personal preference: large areas are conducive to being sown with a tractor mounted seeder – whether it’s a disc spreader or dimple seeder is of little consequence to the final outcome. In contrast, smaller areas such as domestic lawns can be seeded with a manual fertiliser drop spreader or by hand broadcasting: as long as some renovation work (e.g. scarifying or coring) has been carried out to open the soil surface, the seed will stand a good chance of taking hold and germinating successfully.

These mixtures commonly contain perennial dwarf ryegrass and fescues and are recommended to be sown at 35 g/m2 (or 20 g/m2 for overseeding).

At 20g/m2 this equates to between 8,000 and 10,000 seeds per m2 which is usually adequate for repairing or restoring areas where existing plants are already in situ. 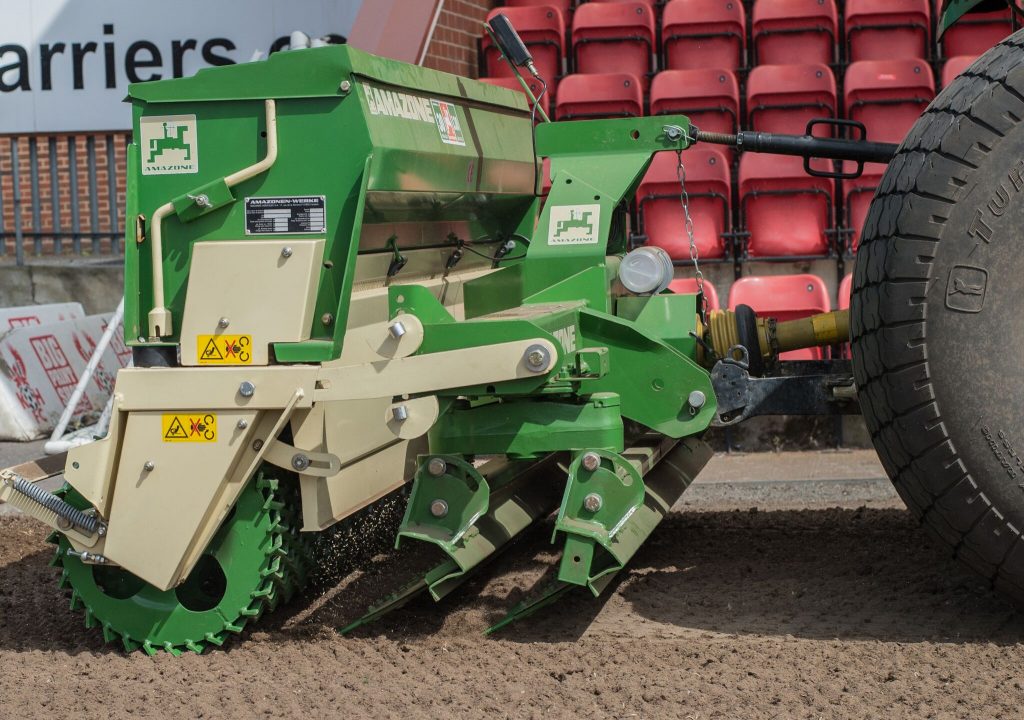 How seed is applied is less consequence than the chosen seeding rate: as long as the necessary soil preparation and after-seeding care is done, seeds applied at the correct rate will create adequate sward coverage.

These seed mixtures are typically made up of much finer grasses which have smaller seeds: browntop and creeping bentgrass seeds are particularly fine at around 12,000 to 14,000 seeds per gram. The recommended over-seeding rate for these species is therefore 5 g/m2 (equivalent to 60,000 - 70,000 seeds per m2). The recommended over-seeding rate for the more traditional fescue/bentgrass mixtures is 10-15 g/m2.

It isn’t advisable to exceed these recommended rates as seeding too heavily won’t necessarily create a thicker sward but could lead to problems associated with over-crowding such as damping off, leaf spot and seed rot. Excessive die back of mature plants will also be a risk as individual plants start to out-compete each other. The same advice is also valid for wildflowers: on average they can only accommodate 10-15 plants per square foot and will very quickly wilt and die if sown too heavily. Upping the seeding rate is therefore generally a waste of seed so the advice is always to follow the recommended rates, use your preferred method of seeding and, providing you’ve prepared the ground correctly, there shouldn’t be any problems.

The only time it might make sense to increase the seeding rate is where really rapid seeding results are required: in extreme circumstances some landscaping grass mixtures can be sown at 50g/m2 to produce extra quick grass coverage. It is worth remembering though that – as trials have shown – swards sown at 35g/m2 will have caught up by 16 weeks, so the higher seeding rate is only required in circumstances where extremely rapid establishment and grass coverage is required.