Posted on Thursday 1 Apr 2021 in News & Latest News
With a heritage stretching back over 150 years, the picturesque course at Stirling Golf Club is well known, not only throughout Central Scotland, but to golfers across the globe. With the last major course improvements made as long ago as 1967 (under the watchful eye of Sir Henry Cotton) the club appointed Northern Irishman, James Lindsay, as course manager in 2012, with his team subsequently implementing a series of changes to bring the course up to date with the modern game. 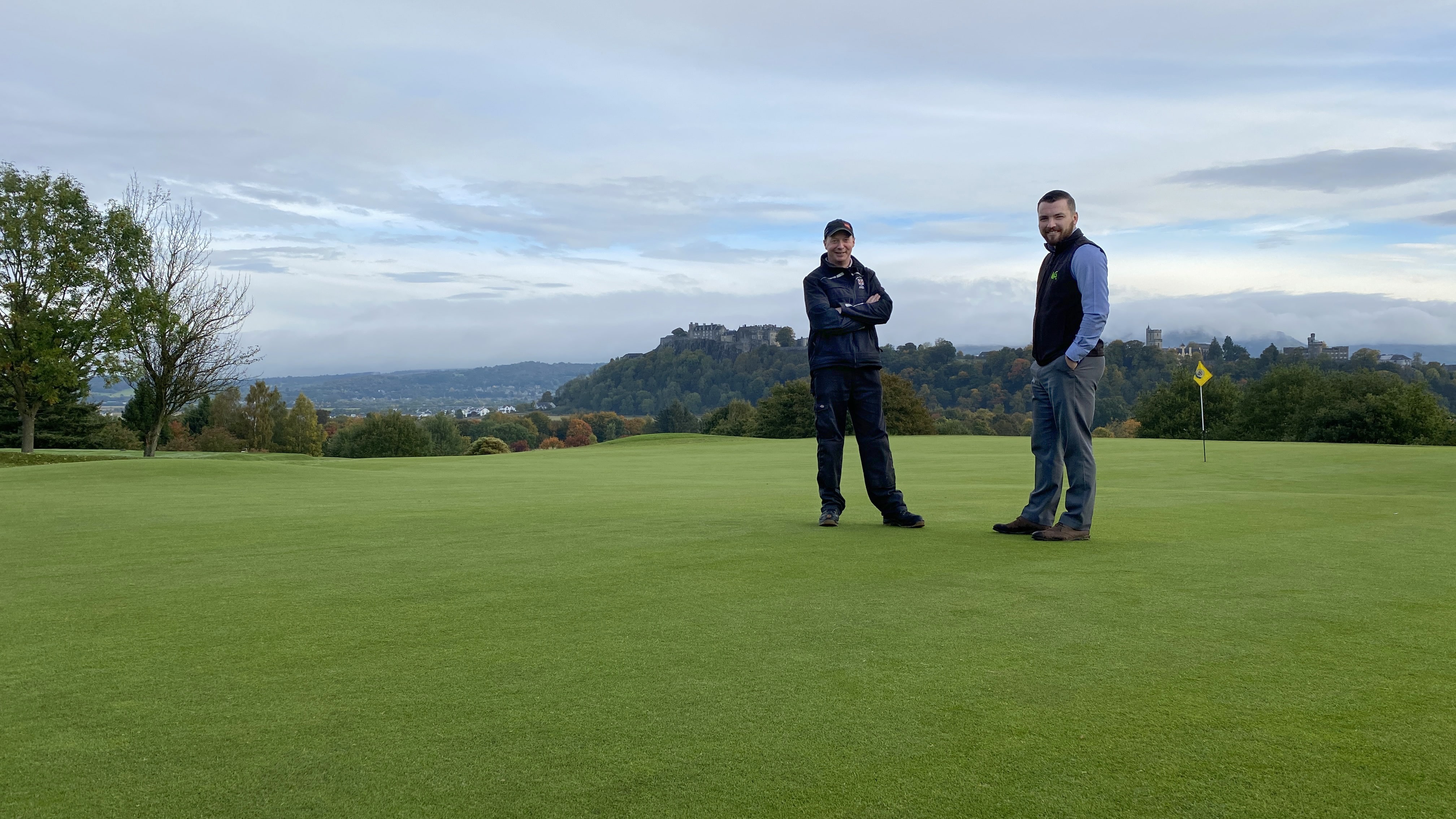 “In addition to ensuring the existing playing surfaces remain in the best possible condition 365 days a year, my main remit over the last eight years has been to bring the course up to modern standards so that it meets the expectations of our members and international visitors,” James explains.

“We recently worked with Swan Golf Designs to audit the design and layout of each individual hole and to appraise the feel and flow of the course as a whole. As a result, we’ve rebuilt all the bunkers and relocated several to improve the passage of play and we’re currently in the process of remodelling and relocating a number of tees to make the course more challenging for experienced players and to make the most of the space we’ve got available.”

Two tees will be rebuilt over the course of each forthcoming winter, with a fescue and ryegrass turf used to shorten the growing-in period. The new tees will subsequently be repaired and overseeded using the same renovation mixture that’s currently in use: “I’ve tried various tee blends over the last eight years,” James describes, “and have settled on a bespoke version of Germinal’s A10 Golf Tees and Divot Repairs mixture. It’s essentially the same as their standard blend, but minus the smooth-stalked meadow grass which requires more heat to establish quickly than our cold Scottish climate can provide.

“We’ve used the custom version of A10 as a renovation and repair mixture for the last couple of years and I’m delighted with the way it blends in with the surrounding swards. It’s got great natural colour and good disease resistance, but, from a practical point of view, it’s the density and wear tolerance that its mixture of fescues, browntop bents and ryegrasses provides which makes maintaining the tees so much easier and enables us to play off grass tees all year round.”

James also uses a Germinal seed mixture to overseed the Stirling course’s greens: “I’ve been using AberMajesty (historically a 50:50 blend of two UK bred browntop bentgrasses) for the last five years and it has always produced fabulous results,” James describes. “It works perfectly in our northern climate and we know that as long as we put the seed in the ground properly, we’ll get excellent germination rates and rapid establishment.

“This year however, we’ve switched to Germinal’s ForeFront Greens mixture which, as well as the same two browntop bents that are in AberMajesty, also includes a third browntop (Musket) and a creeping bentgrass (007 DSB).”

By James’ own admission, he’s switched to ForeFront Greens largely on the basis of feedback from other Scottish greenkeepers: “I’ve been a relatively late adopter of creeping bentgrasses because I was initially quite sceptical about how they’d perform under our traditional maintenance and input regime. Creeping bents have historically had a reputation for requiring much more intensive management, but I’d heard good reports from other greenkeepers which gave me the confidence to try 007 on our greens as well.” 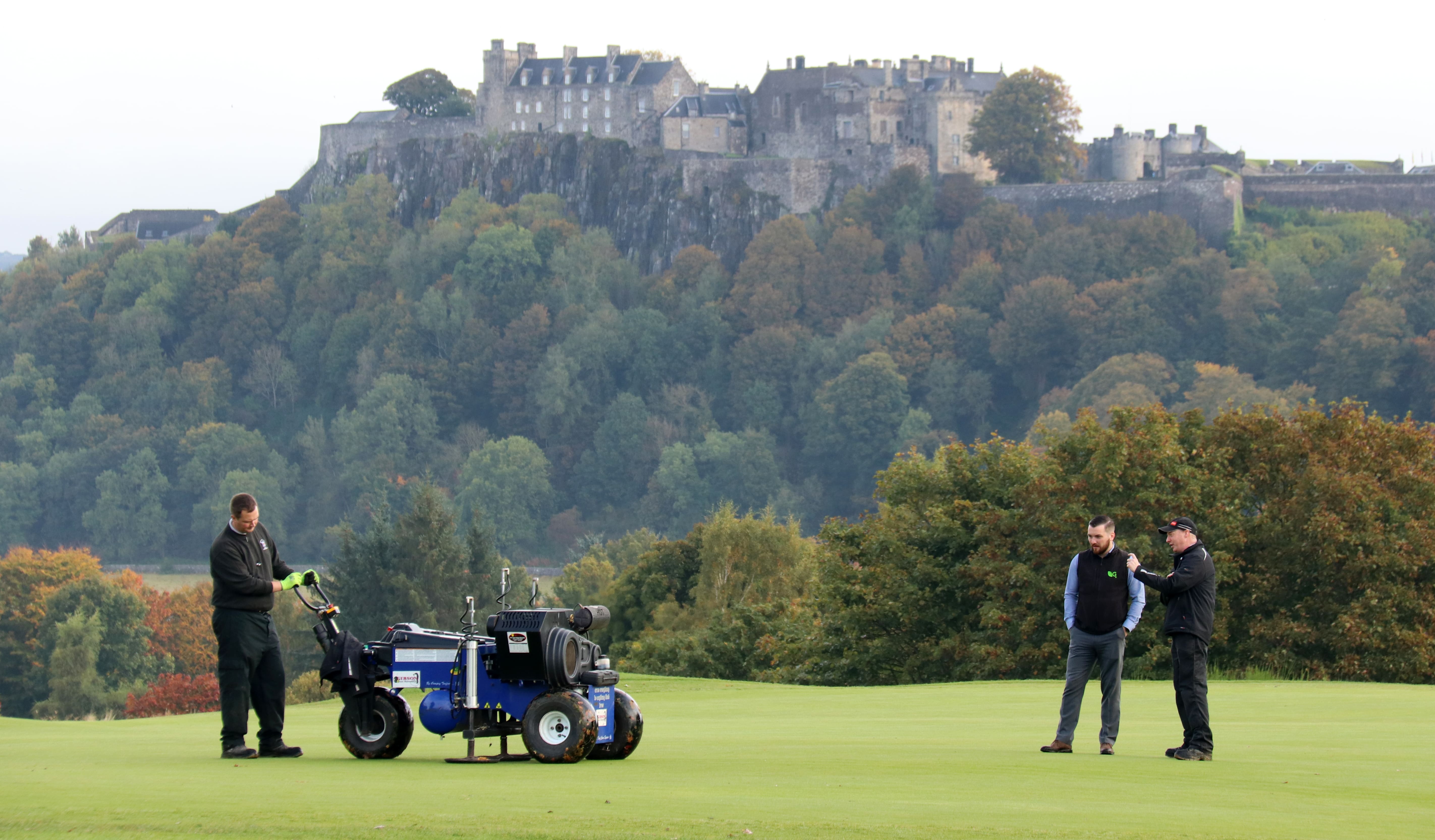 An Air2G2 has been used for the first time in 2020 to aerate the greens and reduce rootzone soil compaction.

In addition to its fineness of leaf, dense growth habit and low input requirement, 007 DSB also offers good levels of disease resistance. “007 DSB is different to previous generations of the species and, as such is much better suited to modern management regimes,” explains Germinal’s Alan Thomson. “It has a lower requirement for water and nutrients compared to older varieties and is much more resilient of many key diseases. That’s a huge bonus for clubs such as Stirling, especially as greenkeepers are currently having to manage sward diseases without the assistance of any effective contact fungicides. Its natural ability to counteract the threat of diseases such as fusarium, anthracnose, Snow Mould and Dollar Spot makes 007 DSB an ideal cultivar for modern greens, as does its ability to out-compete other species such as meadow grasses which can be one of the biggest causes for concern on many courses.”

The team at Stirling overseeded the greens with ForeFront during first week of August. “We always try to start our greens renovation programme on a Sunday evening when we double scarify to a depth of 6mm,” James describes. “Scarifying in the evening when the greens are dry takes half the time compared to working on dew-laden greens and leaves the surface much cleaner. We then create 5-10mm seeding dimples using a solid tine corer with the tips of the tines cut down and adjusted to their closest setting (approximately 20mm) so that we can create enough ‘potholes’ in a single pass.”

Seed is then applied and covered with a light top dressing, with the greens back in action by late on the Monday morning. “We only lost half a day of play, and by the following Friday we were rolling and cutting again, with the first seedlings beginning to emerge ten days later,” James continues.

Despite July and August proving to be the wettest summer months since James joined the club, he explains that the results from this year’s overseeding programme have been amongst the best he’s seen: “We saw 136mm of rain in July and 142mm in August. That’s compared to averages of 77 and 60mm respectively. Nevertheless, we got the best strike results we’ve ever seen and at least we didn’t have to worry about seed drying out. The greens are looking better than ever which means the club, members and my team are all happy.” 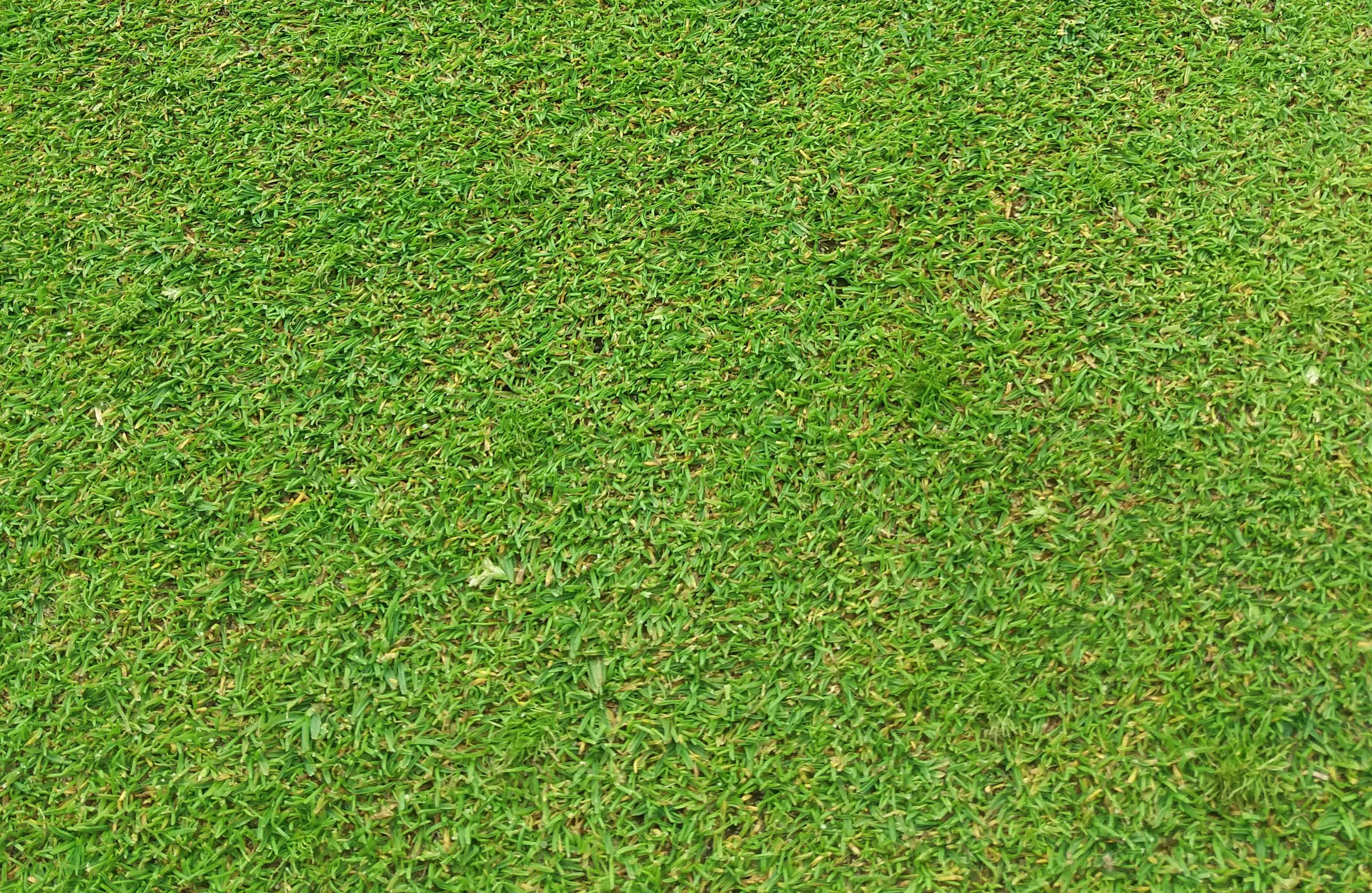 The greens at Stirling Golf Club have been over-seeded with Germinal’s ForeFront Greens mixture, with new growth emerging from seeded dimples 10 days post-seeding.